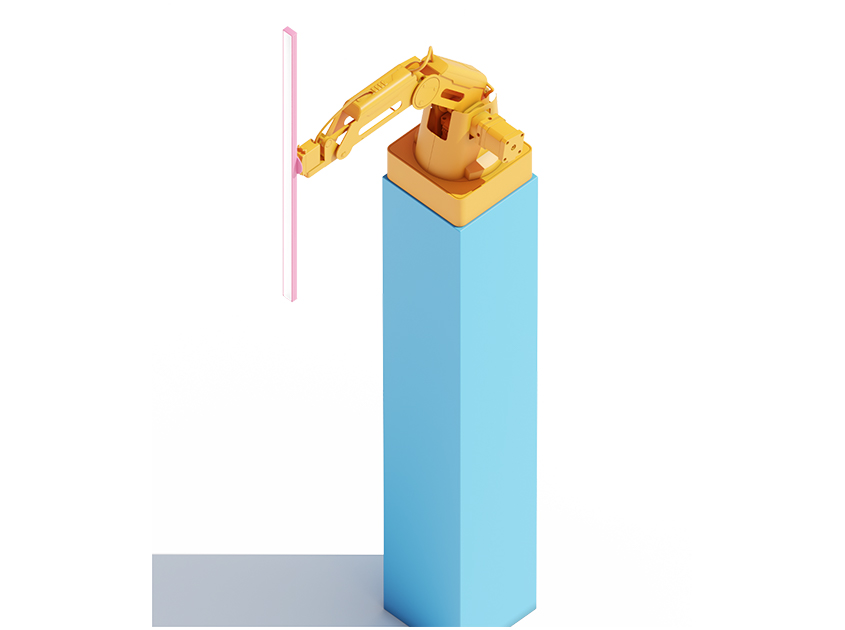 A dance of robotic arms, lights and images, Sonic Arms is a choreography based on a generative music score in which soundscapes and robots’ movements are inextricably linked.

In this era, in which technological development proceeds at exponential rates, human-machine interaction and its repercussions at a social and ethical level raise a reflection: can human beings understand all aspects of this revolution and guide it? Between experimentation and research, the work by Ultravioletto investigates the wide spectrum of robotics applications in the creative field and the machines’ impact on digital culture.

The studio enhances the robots’ human side to disrupt the antithesis between man and technology: in the industrial setting of a former slaughterhouse (Mattatoio) in Rome, four robotic arms nimbly float, performing an ethereal dance.

The 30-minute performance consists of four overlapping narrative levels: the robots’ bright terminals, the arms that reproduce the choreography, a wall of high-resolution synthetic video images created in real time, and an iridescent backlight that defines the space. Guided by the sound component, the different elements are generated by algorithms that interpret and amplify the original score, giving it new meanings. 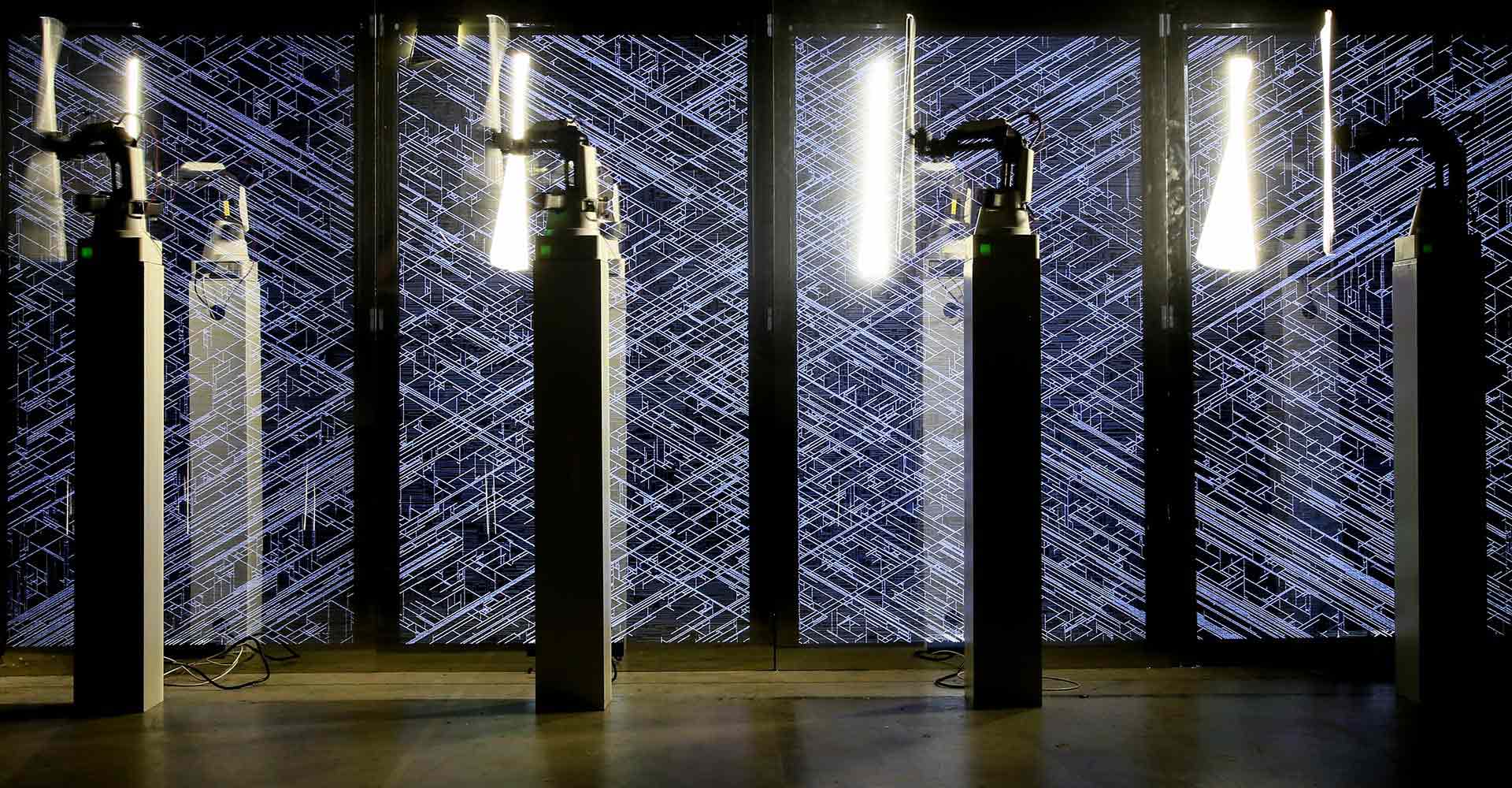 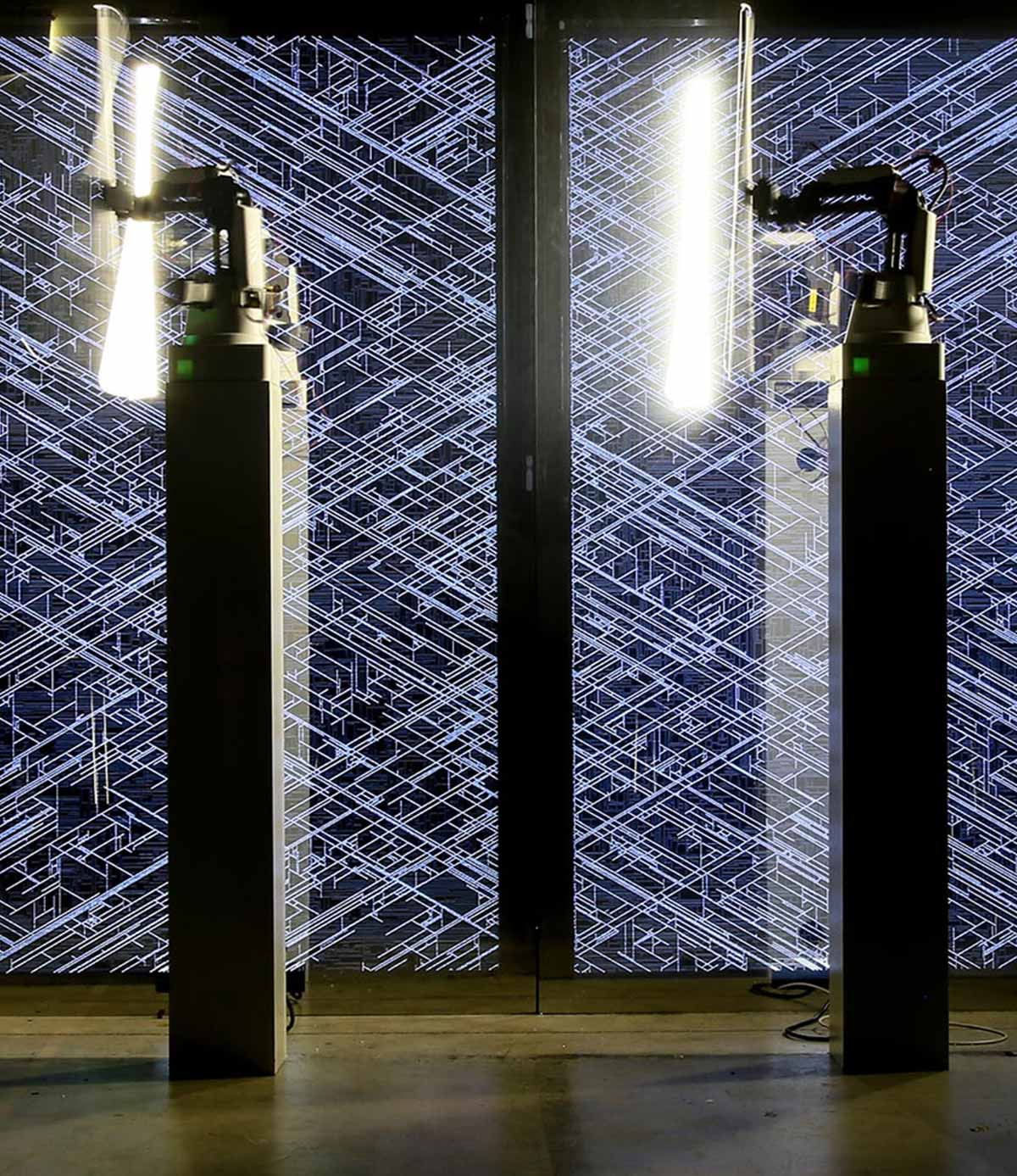 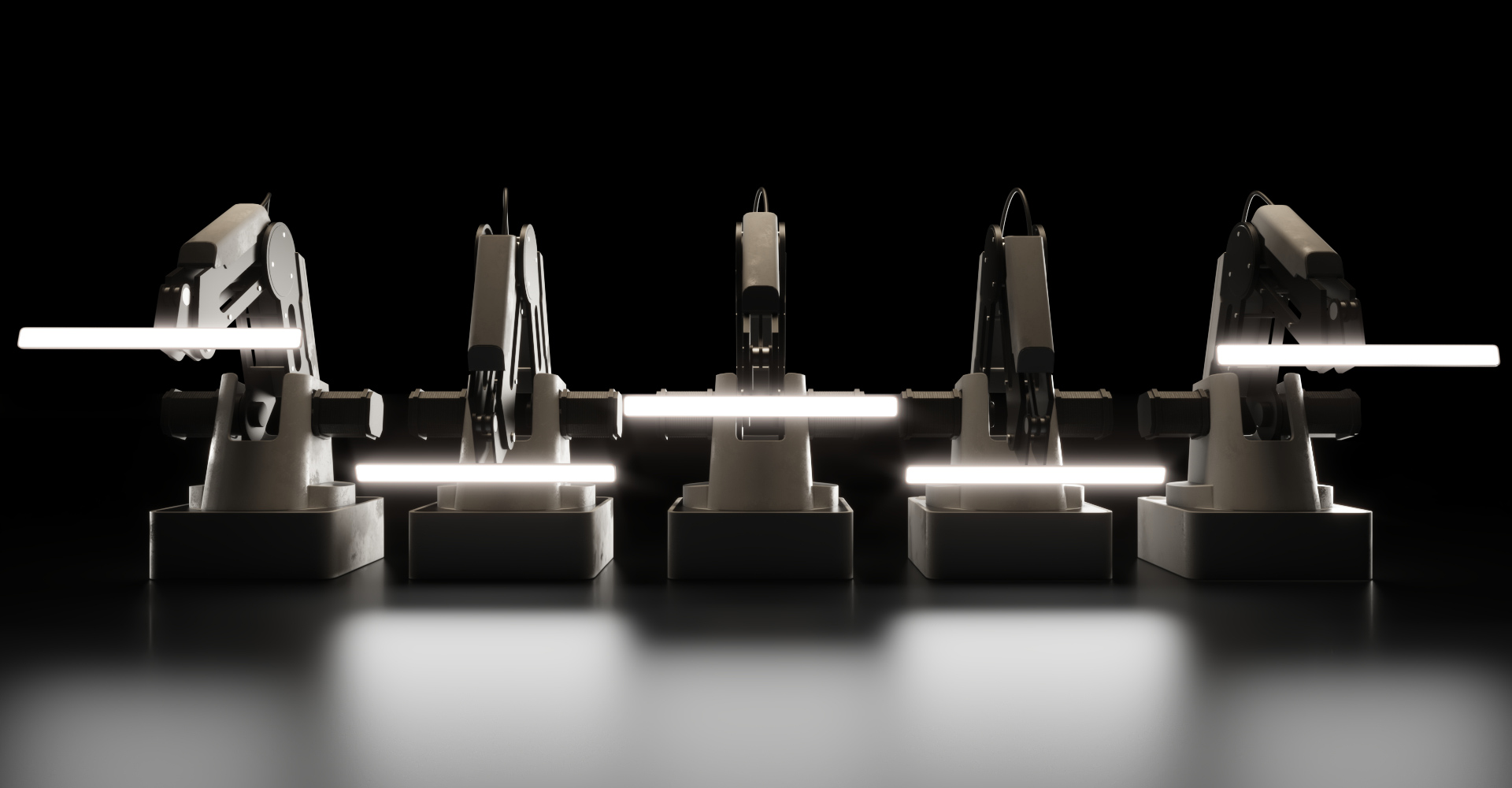 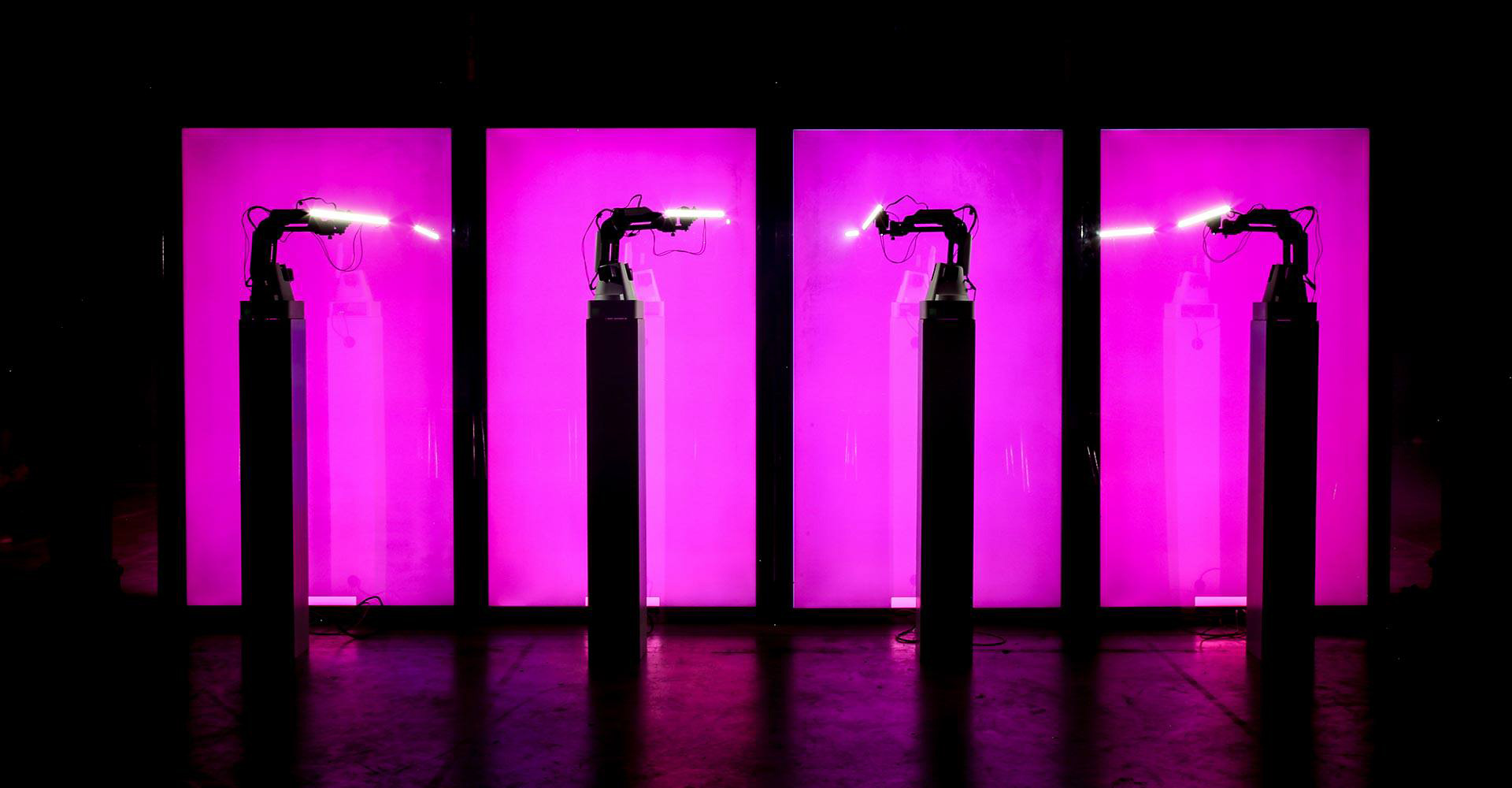 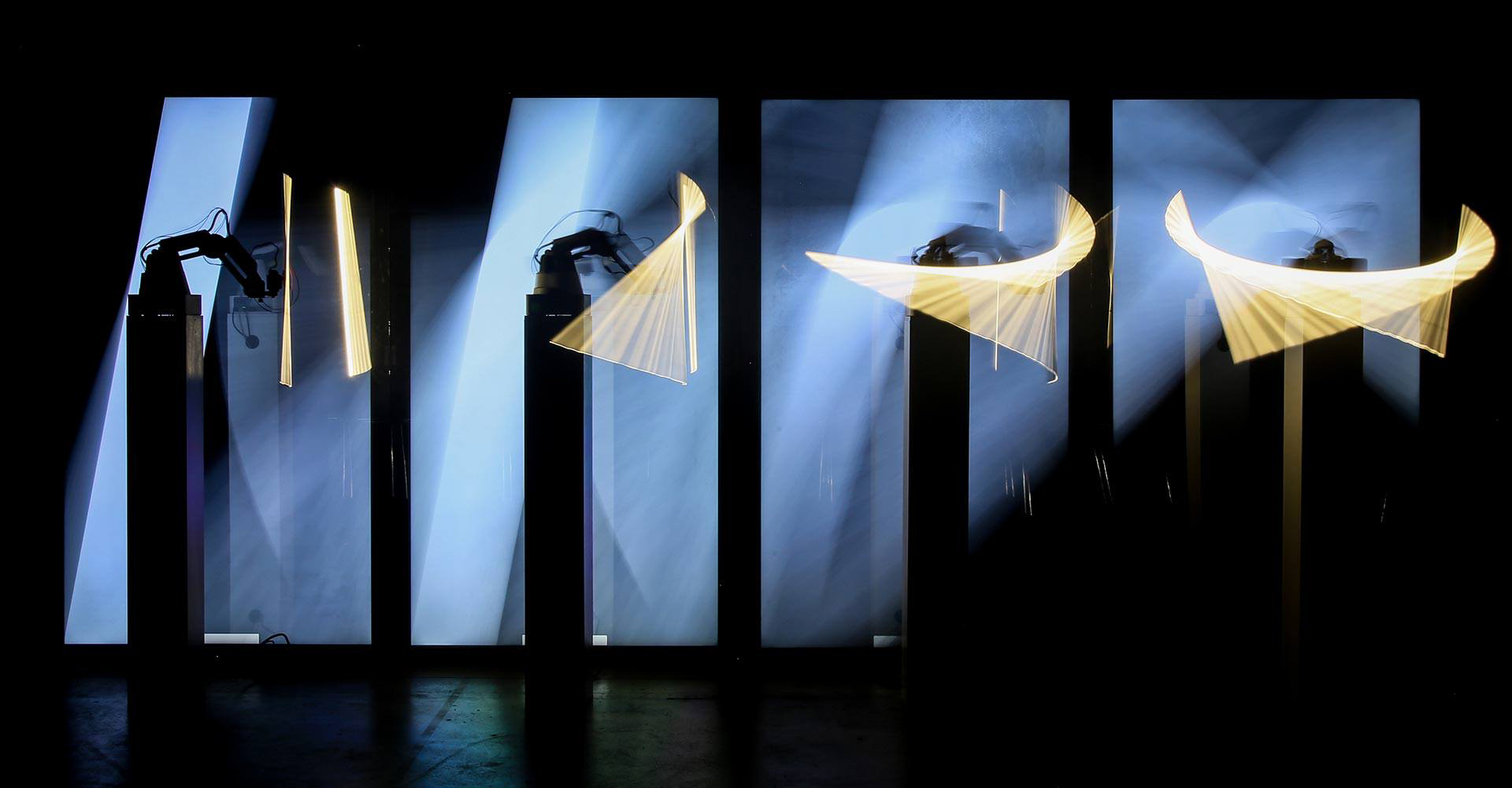 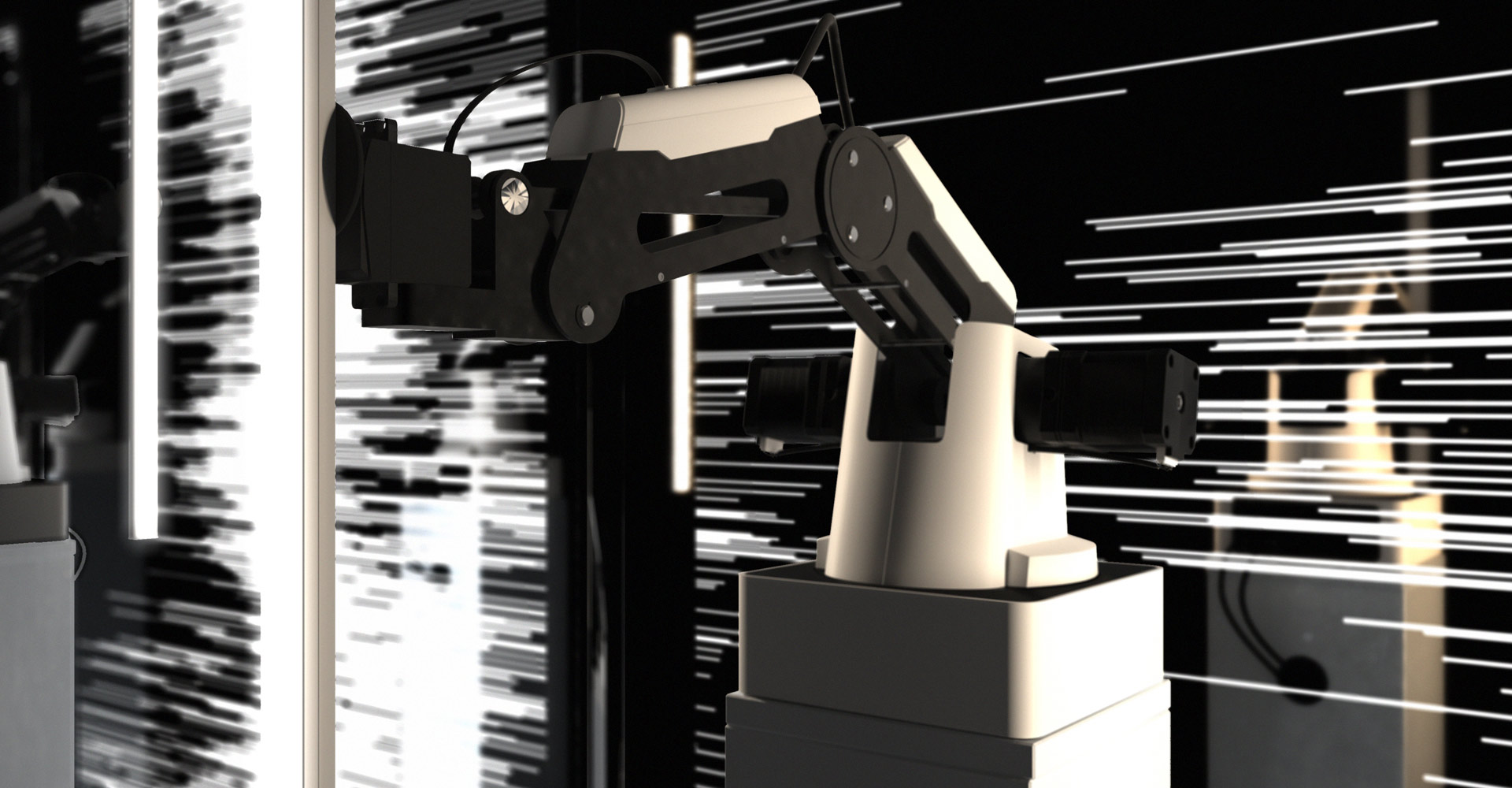 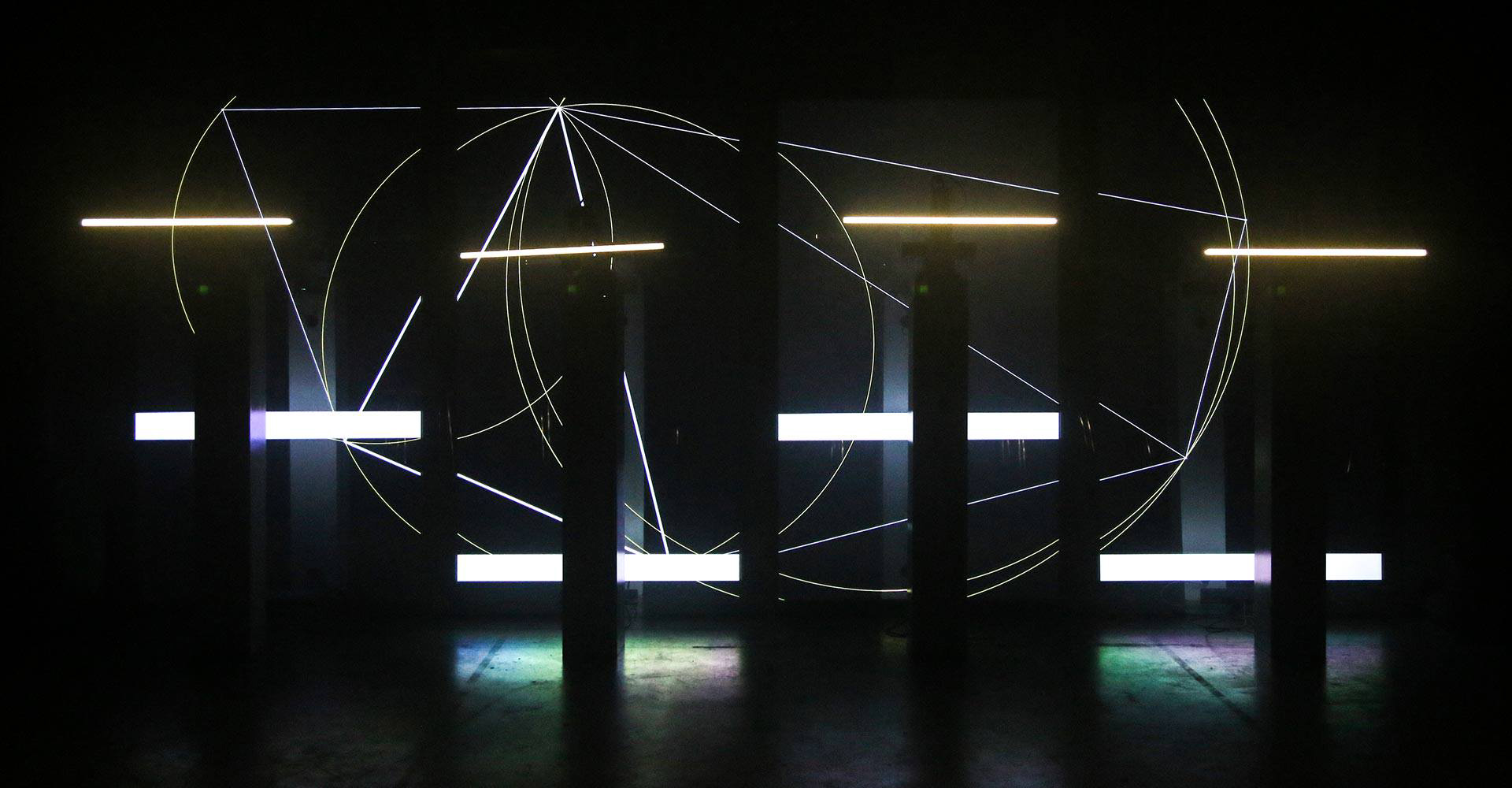 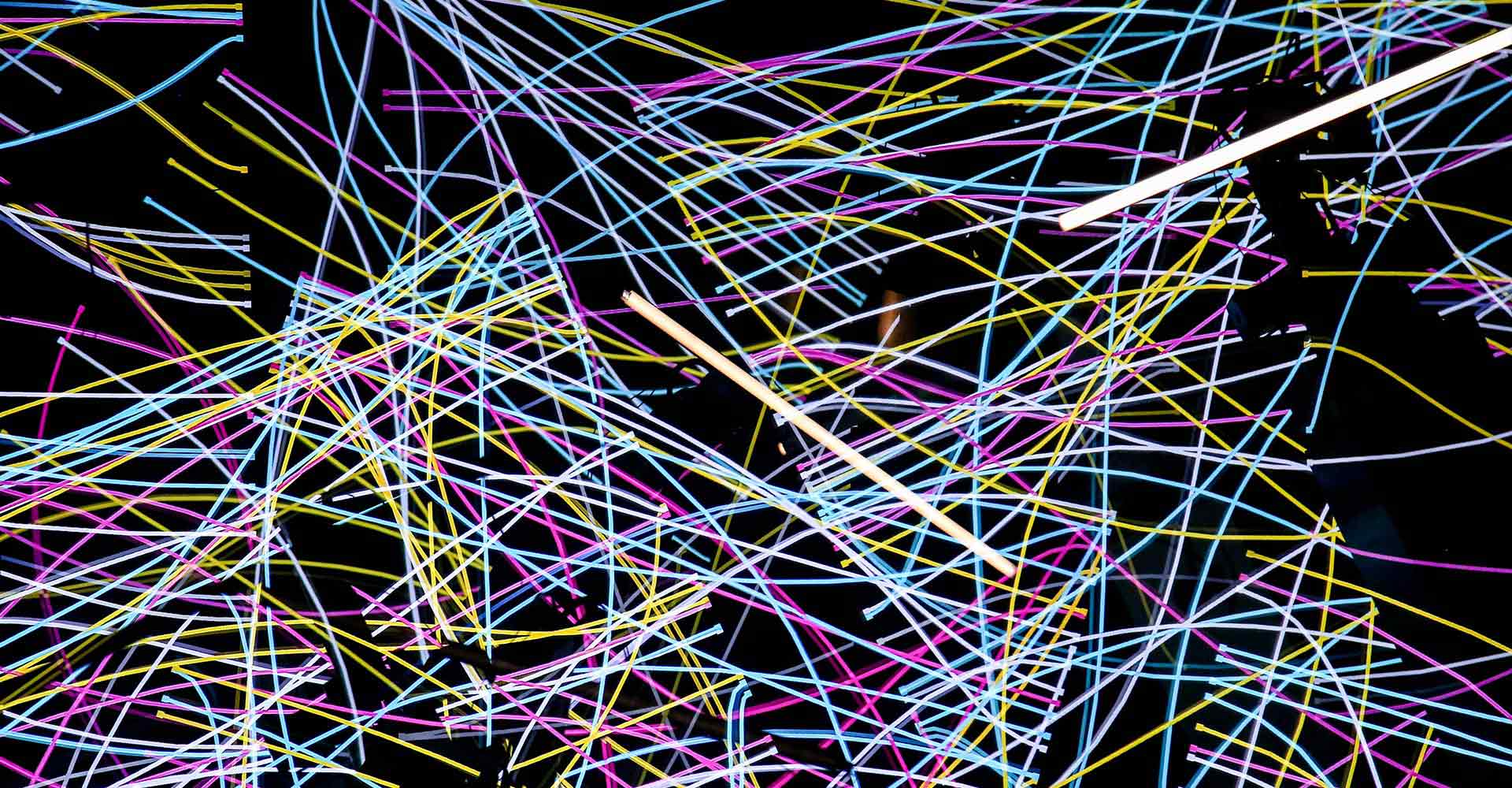 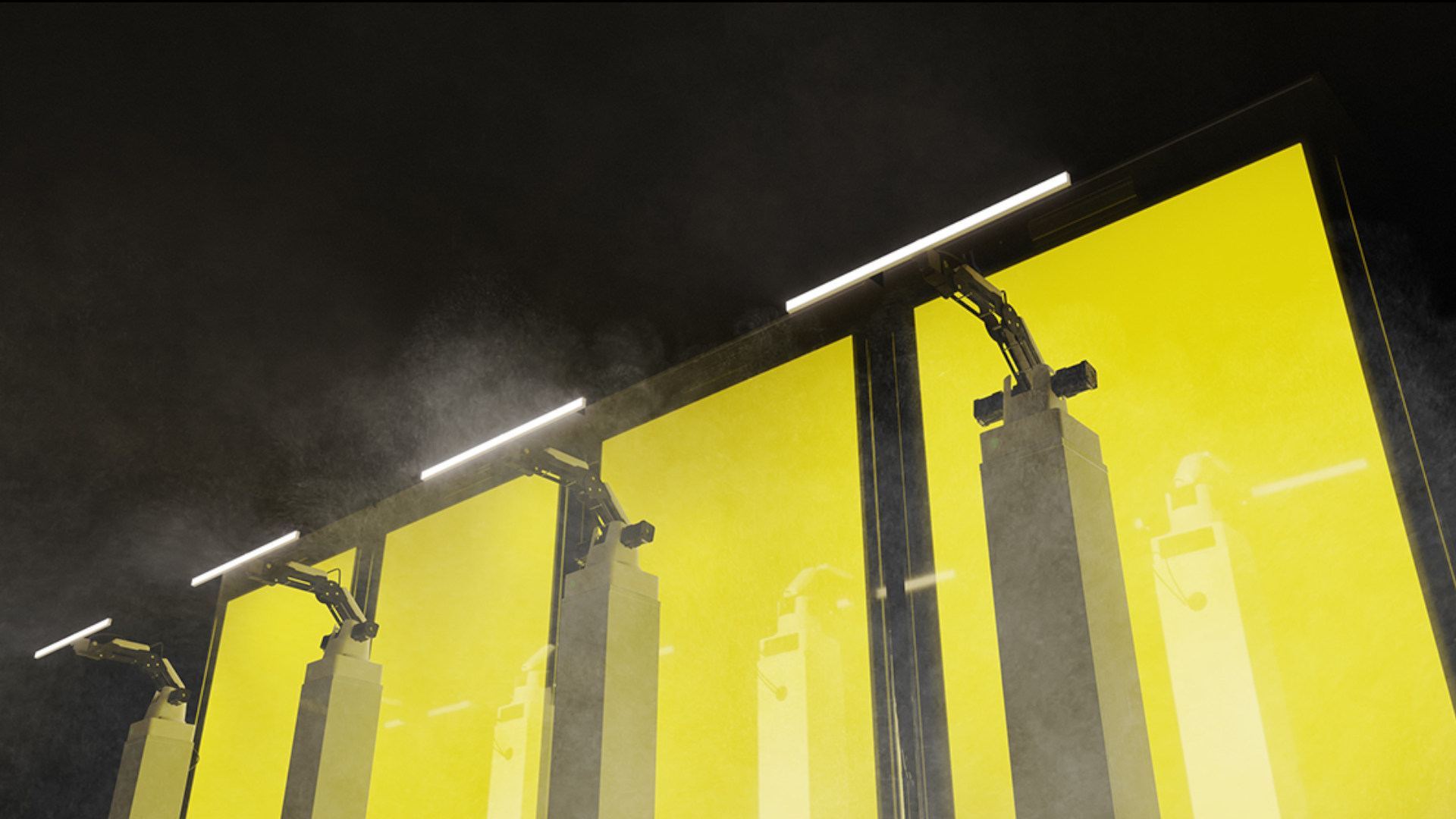 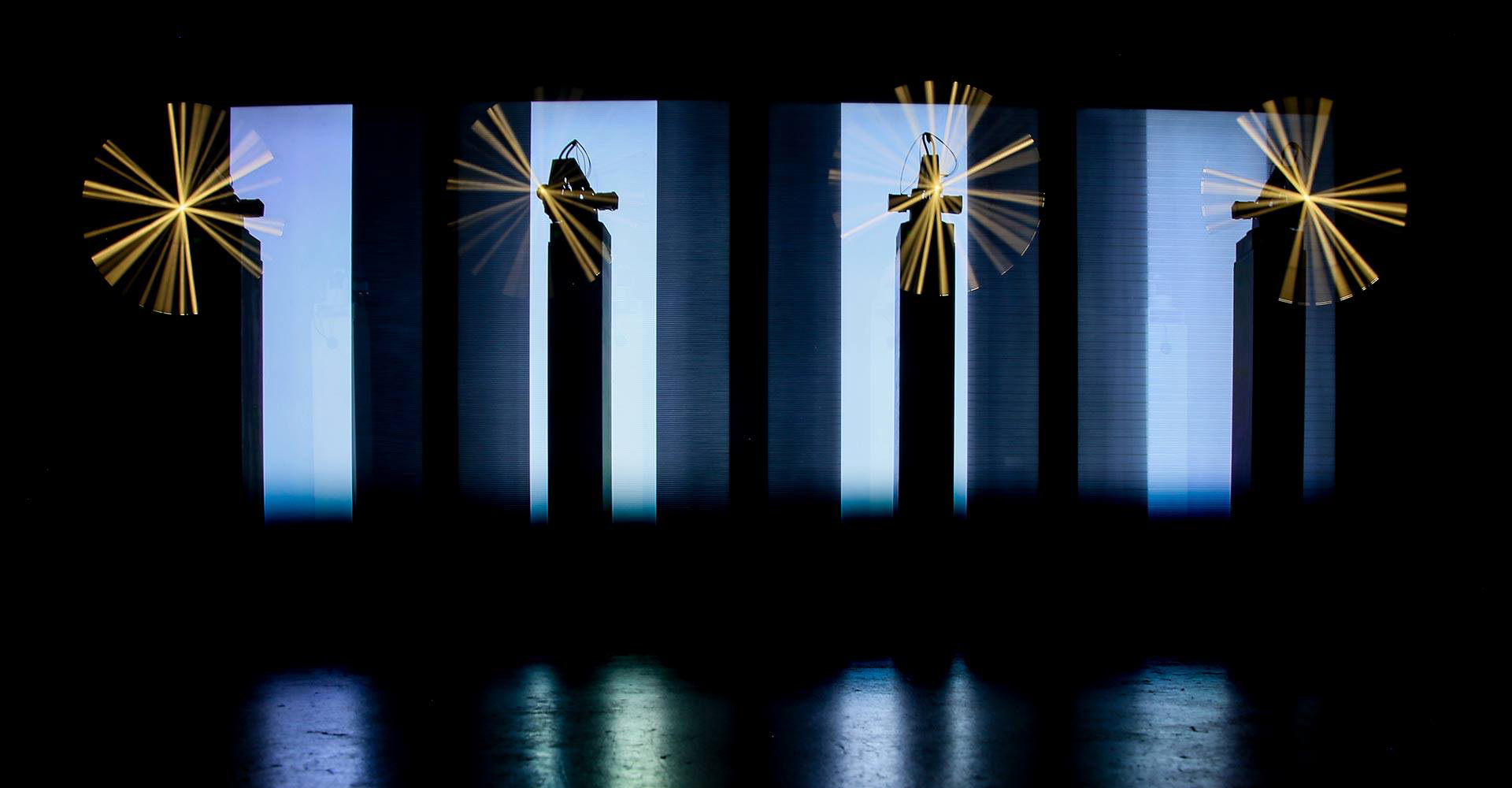 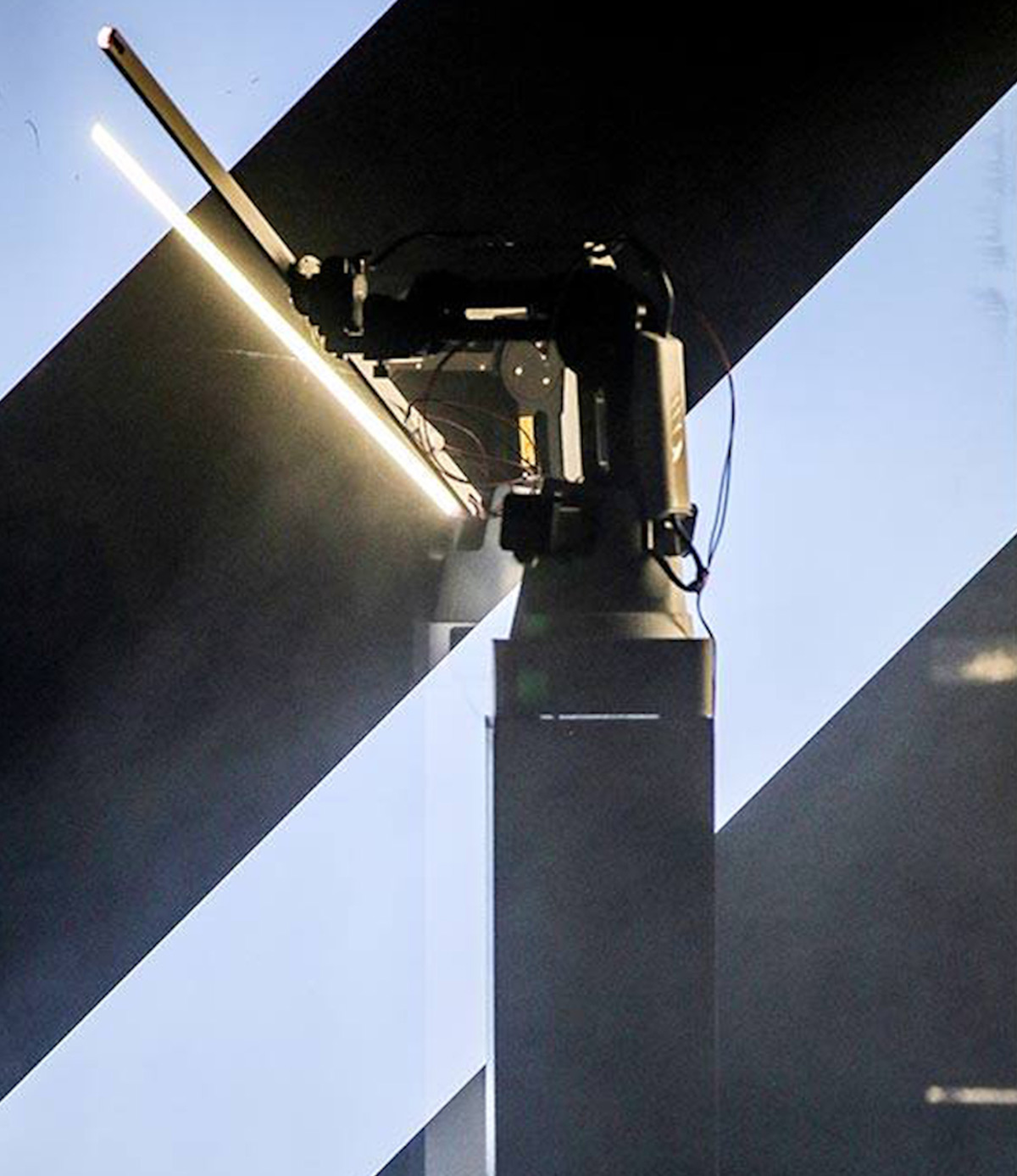 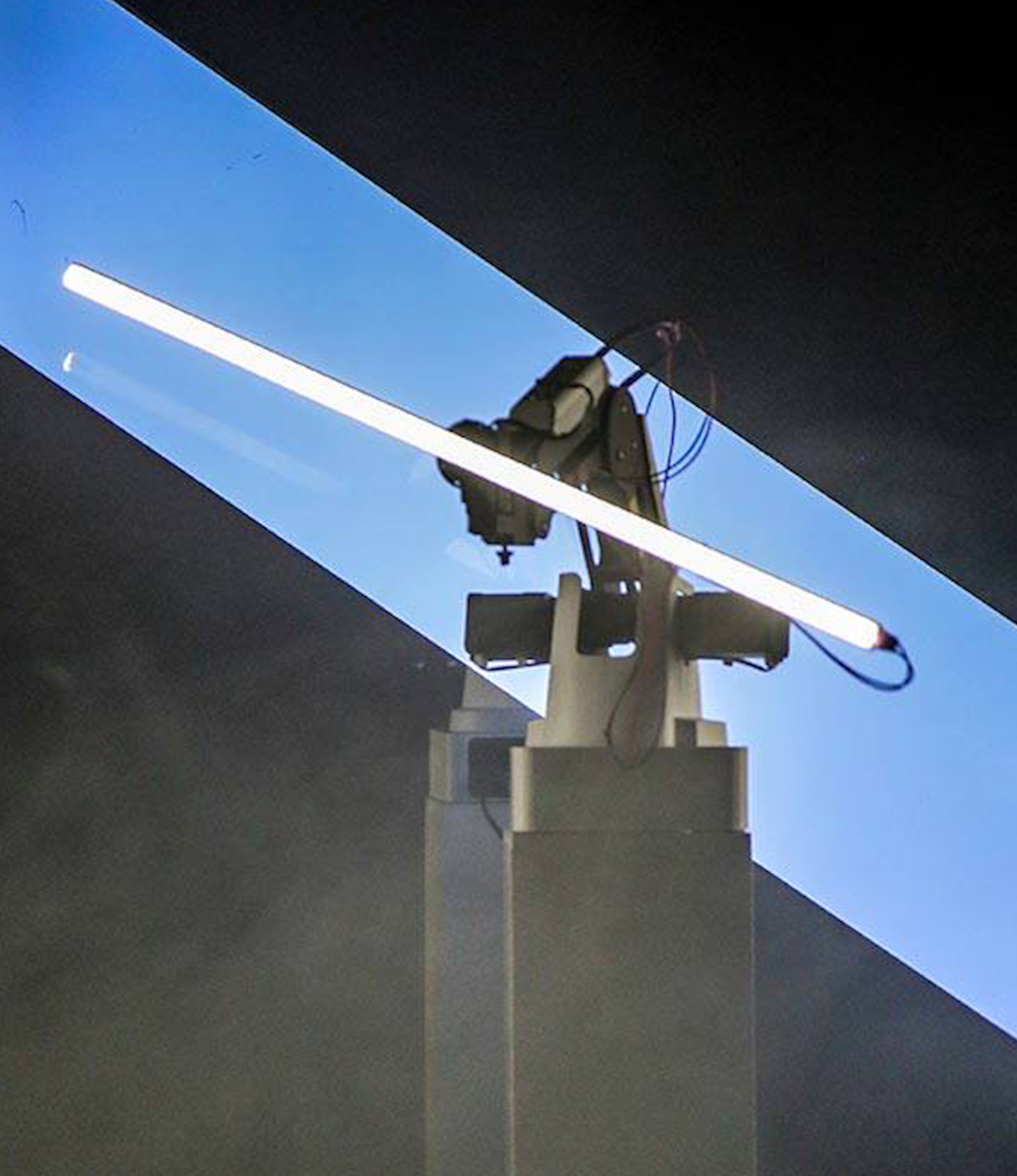 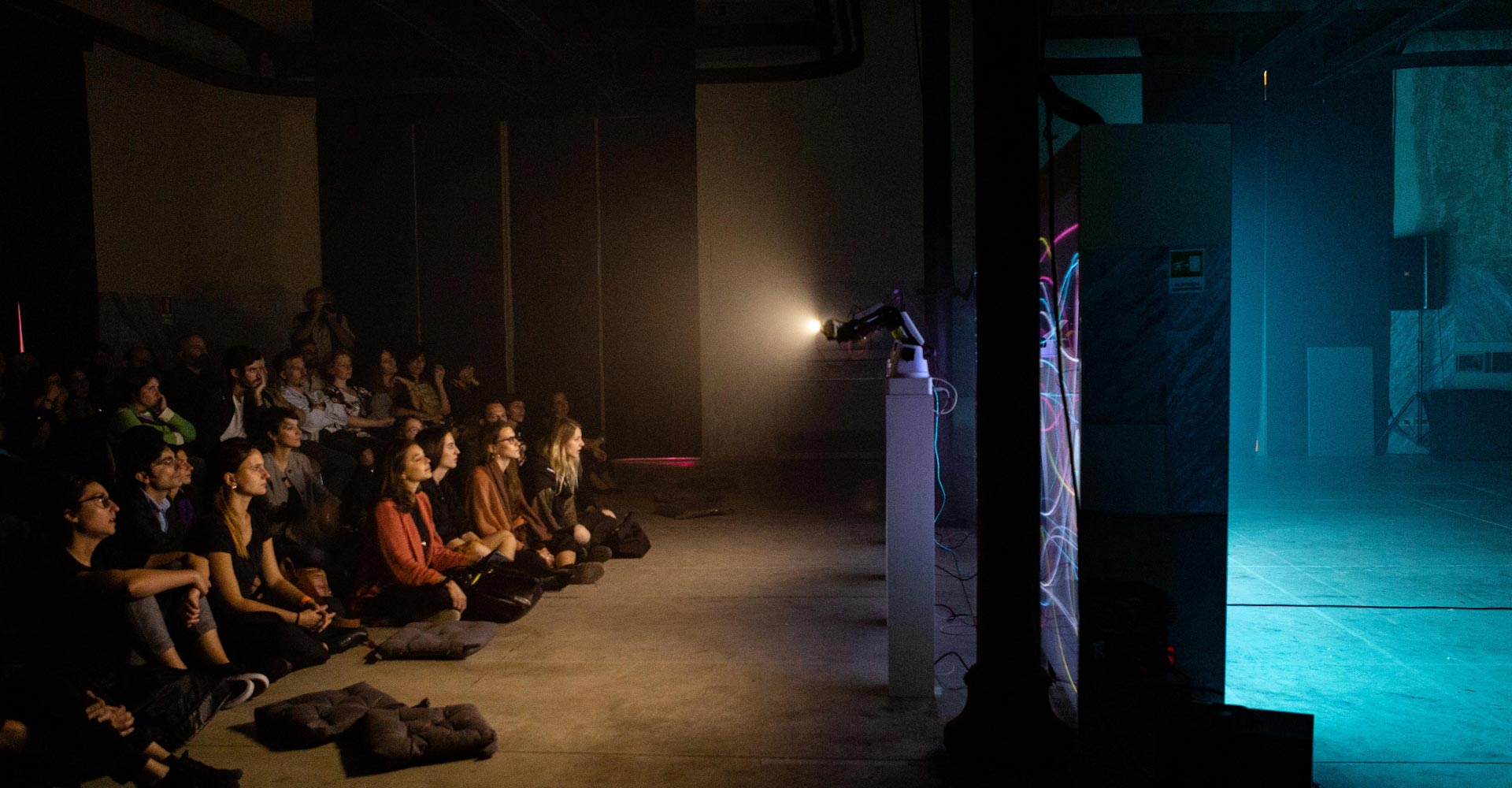 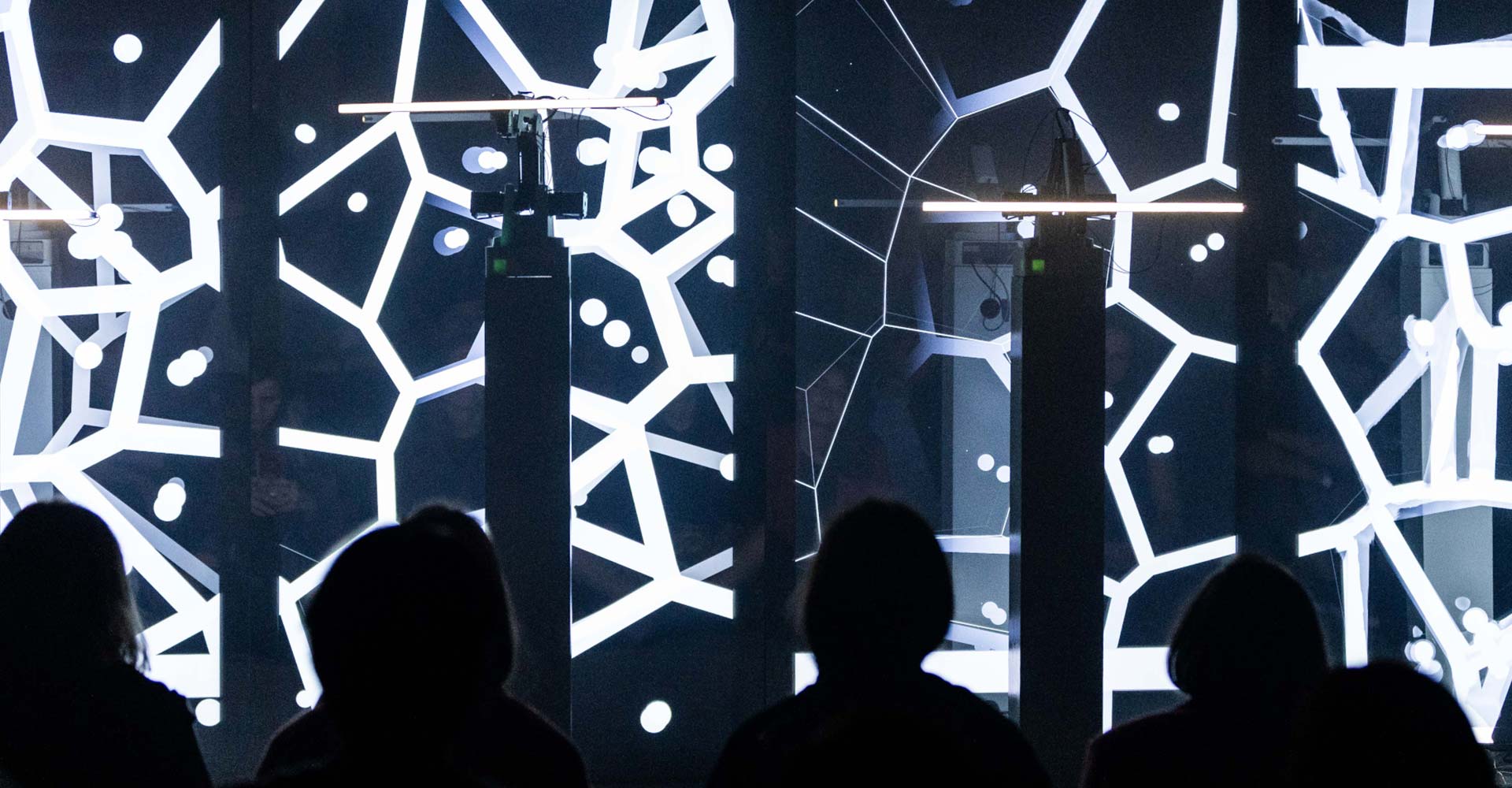